Hi everyone I’m Sera and this is my 8th month in Canada! So exciting. I finally get to know how spring is like here. The weather can really suprise you. One day it’s 21 degrees and one day it’s 7. I enjoyed my last time ice skating this month. I can go faster on the ice now!! But I really need more practice to actually skate. 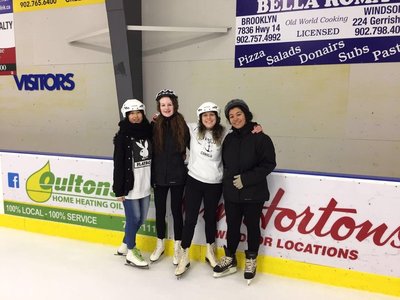 I went to a birthday party with my friends and had a blast!! 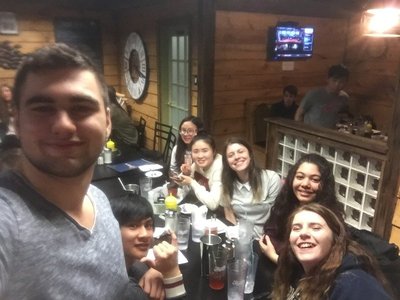 I also went to my second dance in Canada. It was the Spring Formal Dance and it also gave me a chance to more. I really had fun and I might have lost a couple of pounds that day

We danced and danced. I can’t say all night because it was only until 9pm. But it was enough for us. I took a lot of photos that day. I met some crazy people and had lots of fun. 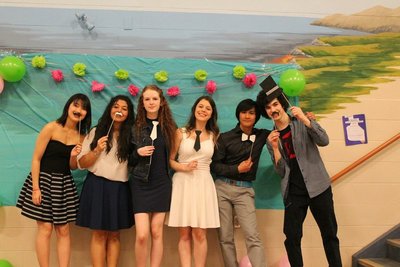 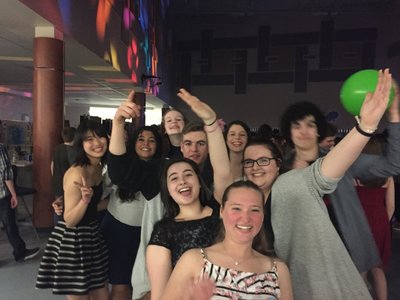 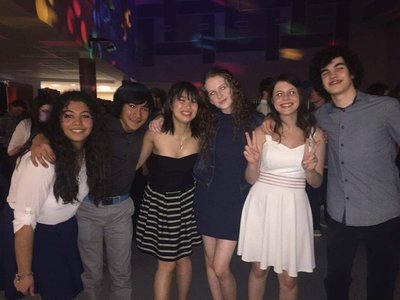 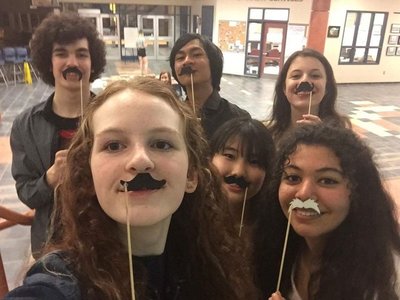 As an international event we did an amazing race, it was something unusual for me to do. Because we had missions to do in only a few hours. We had to find places and certain people in Halifax. Our coordinator divided us in groups and there were host families that volunteered to drive us. It was really hard but so much fun. My group couldn’t finish in the first place but we weren’t last either. 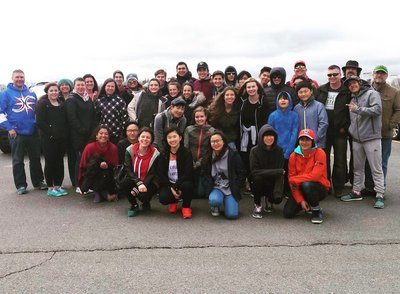 We had to ask people at the streets to find our way and most of them were laughing at us because we were running and trying to be quick. I have been to Halifax a few times but couldn’t figure out where we were going for an hour. With this trip I get to go to places that I never knew it existed. 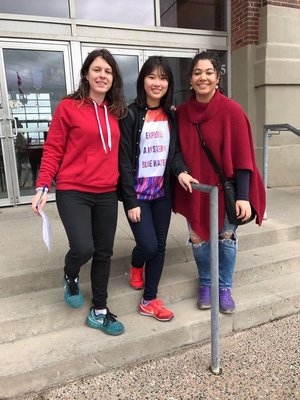 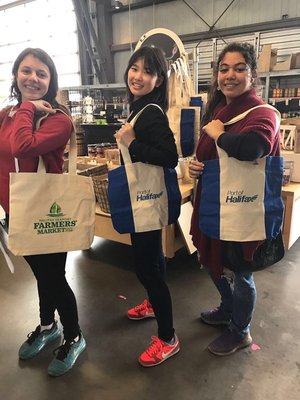 This month I also went bowling with my friends too.It was my second time playing bowling in Canada. I’m not really good at bowling but I did win the first game. I have to include that the balls here are smaller than the usual balls that I’ve played in my country. 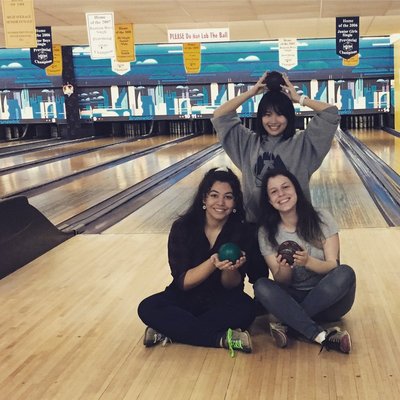 Can't believe it!!
It's already been 7 months now since I'm here in Nova Scotia, time passes so fast...but I still got 3 more months to go and I can't wait to see what's coming next.

What can I says so far
Right now I'm just really happy to be here. The year is almost over and I know the homesickness is following me but that's why I'm enjoing every moment that I have with my family and friends. I don't even say hostfamily anymore because it just doesn't feel like it anymore. It is really true that after a half year abroad you feel like you have found your home 2.0.

School has been great the last couple months. Lot going on and always funny with
the people and teachers.

School Dance
This month's school dance was St. Patrick's Day themed, and I have to say it was for sure one of the best ones so far. Lots of fun and the theme is really cool. Did you know that St.Patrick rescued Irland from the snakes? That's why they celebrate it in North America. I guess the Irish people just brought this tradition when they settled in North America. 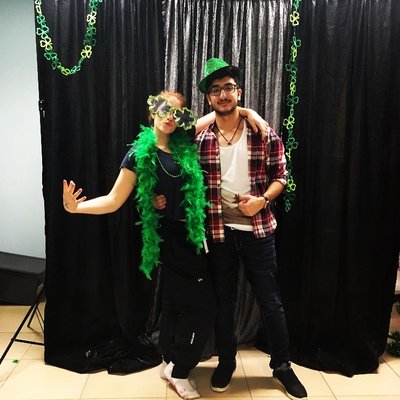 Weather
This month's weather was really moody. Lots of snow even though we thought that was it, but nope. It was still beautiful which made it not too bad actually. 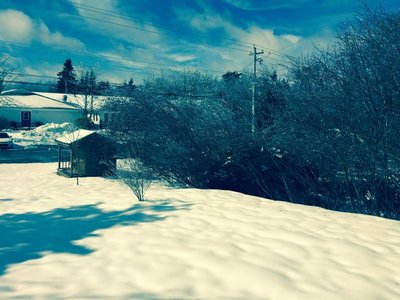 Afghan Food
Another great thing I'm pretty proud of was my selfmade meal. Yes, I actually cooked for my family here to give them some afghan experience since all they hear about has something to do with Germany and I mean we can't forget my origin roots

. So I cooked a really special and extremely popular dish which is called "Bulani". It is basically just flat bread filled with potatoes, leak or meat and fried in an oil pan. Sounds simple but it's delicious. Served with some yogurt and selfmade chutney. Chutney is some sort of a dip or sauce which consists mostly of cilantro, hot peppers and garlic. As you can imagine it is a spicy dip and it is really hot. My hostmum almost choked on it and it wasn't even as hot as it is supposed to be....but mixed with some yogurt it adds a really good flavour to the Bulani. 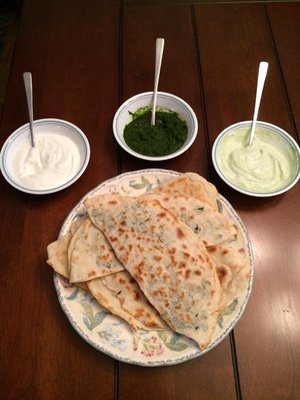 Hi everyone, I’m Sera and this is my 7th month in Canada. I spent nearly all of my time snowboarding!! Especially during the March break. I really like it and I’m a little sad that the season has ended. But this means that the weather is going to warm up and I am really excited for spring. I mean I’m still excited because I haven’t seen it yet. It is the end of March and we are still getting snow days!! I’m still shoveling snow. But I’m hoping that it would end soon because I really miss the warm weather. Right now I can enjoy the last few days of the snow. 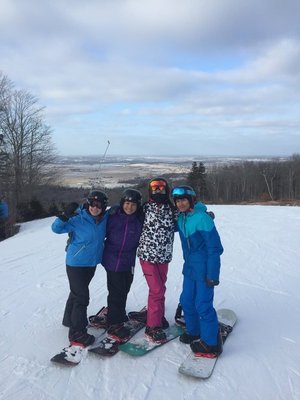 The other thing I mostly did this month was going shopping. We went to the mall a few times because we needed prom dresses. And you know it takes time for a girl to find the perfect dress. I should mention that I have two other host sisters so this even takes more time. We still couldn’t find “the perfect dress” but that was the idea, to start looking early, so we still have time.
I almost forgot to talk about “the slush cup”. Slush cup happens every year at the end of the winter season. They dig a big hole at the end of the hill and fill it with water. People that have applied for it ski or snowboard down the hill and have to jump over the big puddle. I should say when I watched the first person trying to jump over the puddle I really thought that Canadians were crazy!! And it felt like it was something that people do every day!! But it was fun to watch. The weather was freezing and it was slightly windy. I don’t know how those people survived after falling into the puddle. Well I guess because they are Canadian!! At the end of the day I was freezing, and I certainly didn’t jump.
I am definitely turning into a Canadian. Because I can’t say no to Tim Hortons, I love watching hockey games, whenever I see that the weather is going to be at a plus temperature, I feel warm!! And I do not get muscle pain after doing the wood, it actually became my monthly sport now. 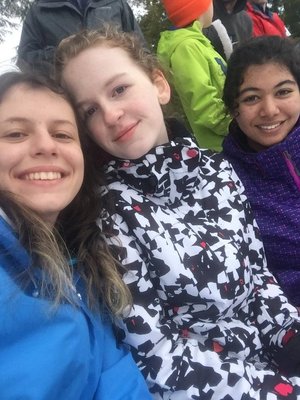