===Hey everyone. I’m Sera, and this is my 5th month in Canada. I am half way through. It was a busy month. First of all, I went to a ski hill with the international students. I met lots of new people there. Especially when I was taking snowboarding lessons there were a few that couldn’t snowboard or it was their first time. I had so much fun there. But the most important thing is that now I can SNOWBOARD. Well, I’m still on the bunny hill, but I can still do it. I just need a little bit of practise that’s all !! Anyway, after a day full of snowboarding and falling, I couldn’t walk properly for a few days. But it was worth it.=== 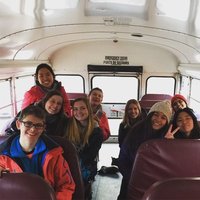 ===
Secondly, this month I had a few friends leaving. It was hard to leave them, but we promised to see each other again. One of them was leaving soon, so we organised a supper with my friends for him. Took lots of photos and had lots of fun. And then it was time for the others to leave too. So we were going to plan something for them. But a few days later we learned that the ambassador students had a surprise for us. They had organised a small party for us. There were games and snacks. We danced, laughed, and played games. It was so much fun, and a good way to say goodbye. I had to say goodbye to my host sister too. We spent a lot of time together and she was leaving on my birthday!! So we celebrated my birthday a day earlier with her. My host family bought me a cake too. We had a cake fight. The cake was pretty good but I didn’t like the part when it was on my face. Anyway, it was my first birthday without my family. but I really had fun. The next day I said goodbye to my host sister. İt was hard but we still keep in contact .

Another big thing this month is that I met my new host sister and new international students. I love meeting neew people from around the world. Now, I have friends freinds from everywhere!!

January
A very happy new year everybody! This is my fifth blog about my fifth month here in Canada.
A lot of other great people had to leave us this month and I just want to take a moment to wish them all the best in their lives and that it was a pleasure to meet them all! Hope that everybody had a great semester.

Polar Bear Dip
One of my resolutions for this year was to become braver and I think I did a good start. The first thing I did on the very first day this month was the Polar Bear Dip a very traditional thing here in Canada at New Years Day! Jumping into the ice cold water here at the St.Mary's river. Me and my host mother Tonya were brave (or crazy) enough to do this and without any toe-touching the water we just ran into the water and it was super funny. I have to admit that I expected the water to be colder than it was but our feet were still freezing afterwards. We left the car running and jumped into the car right after we came out of the water. Such a great moment.

New family member
Yes, for the new year we got a new family member as well, It's our beloved cat William. He is some sassy sometimes but he is an amazing cat. Away from his old home he came to us. It sounds weird but I saw myself in this cat. But it didn't take him long to feel like home and is now a full member of this family and I'm really happy with him having here. 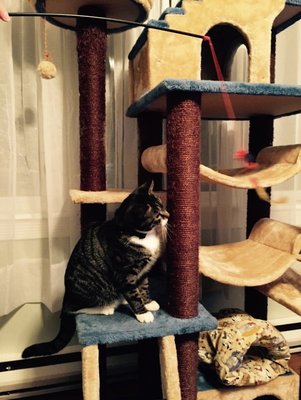 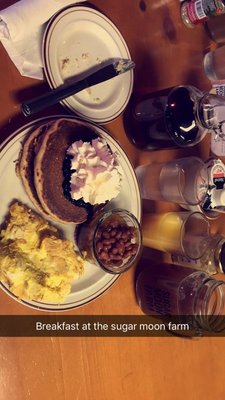 Afterwards I had a tour and they told us a lot about maple syrup production. It was really interesting and I was suprised when I saw that the sap of the trees they use for the maple syrup looks just like water and after boiling it it turns into the colour we know.
But that wasn't all we did. After the tour we went hiking along the Rogar Mountain Trail. It was a really long trail but it we had a perfect weather and it was such a beautiful trail! 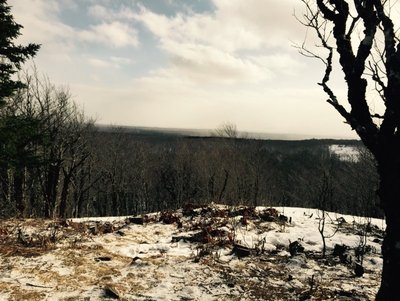 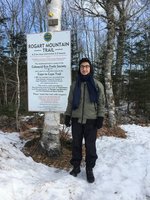 Exams
Another big thing this month were the exams. I had to write two exams in English and in Mathematics about all the stuff we did this semester. I have to say that I expected them much harder but it was fine. After a semester of school I can definiteley say that school in English became much easier for me now and that I don't even feel like an international student anymore. I'm looking forward to the new subjects I get next semester and how the next semester will look like.

Goodbyes
As I said at the beginning we had to say Goodbye to some of the international students that stayed until the end of this month. We had a ski trip with our region and had a lot of fun but afterwards we had a big meeting with all the students and ambassadors that came and we had so say goodbye to them. We had some cake and tears....