7 students from all over the world were selected from NSISP and the local agency in their home country to be this years’ “foreign correspondents”. As foreign correspondents it is our job to give students who are thinking about doing a high school year an idea of what it's like to live in another country for a long time. It is our job to give you special insights into the life of students studying abroad. 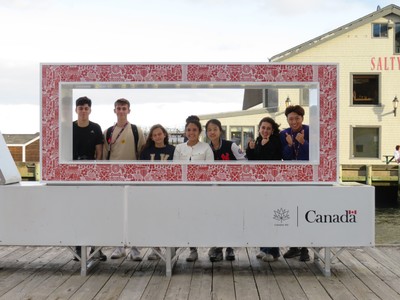 After this introduction, we are going to tell you about the first days of camp.


All the foreign correspondents arrived on August 23rd throughout the day. The other international students were already at camp for their ESL training.
At first, no one knew each other so the camp directors prepared some ice breaker games for the students to get to know each other better. After dinner there was a casino night for all the students, but no worries we did not play with real money. The camp directors made a competition out of the casino night, so whoever got the most chips, wins a great price. Casino night was so much fun. There was roulette, poker and many other cool games. At the end of the night there was a winner with 23 cups of chips, it was incredible. After a really fun evening, we all went to sleep.

Next day at the camp breakfast started at 8 am. After breakfast the program coordinators gave us correspondents an introduction for all social media accounts we are supposed to post and document on. After lunch we started our trip to Halifax, the capital of Nova Scotia. We visited the citadel of Halifax , it was really impressive to see. We also went on a “harbour hopper tour” , which is like a city and harbour tour all in one. The harbour hopper was able to go into the water and swim like a boat.

The tour was really cool and we learned a lot of interesting facts about the city of Halifax. As a final ending of the day , we ate dinner at “Salty’s” which is a fancy restaurant located right at the harbour with a very nice view. We tried typical Nova Scotia seafood.
After that day we all were really tired. And went to bed quickly.

On the nice and peaceful 24th of August, all foreign correspondents met up together in NSCC classroom. Ice breaker was our first activity, though this activity we knew each other well. 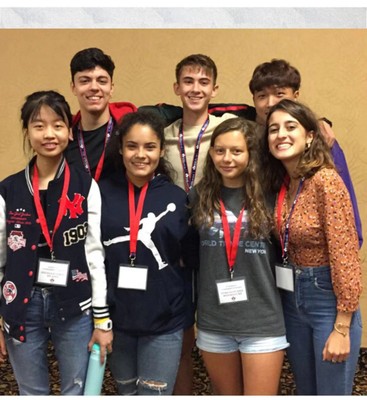 And then we went to a hotel which was across from the camp to see over hundreds ambassadors from different schools in Nova Scotia. 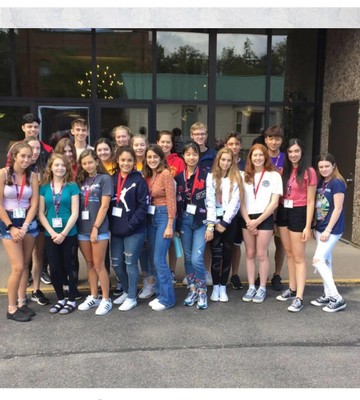 We ate lunch in the cafeteria. There were a lot of delicious food. For instance, pasta; ham; vegetables and so on. Student can choose whatever food that their like. 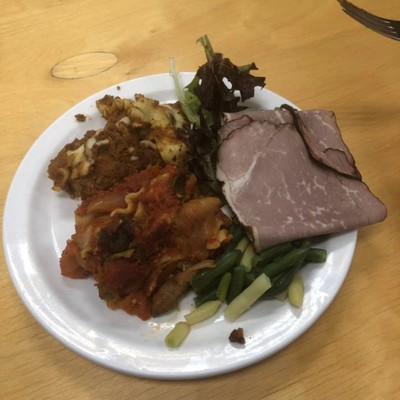 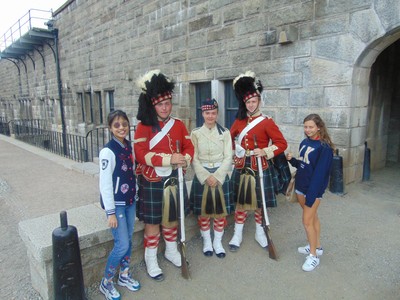 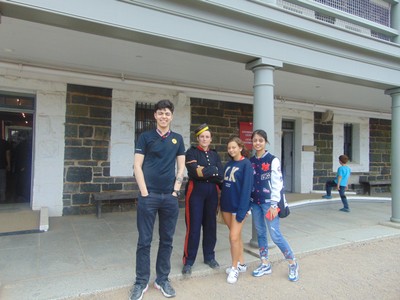 What’s more exciting was that we went to Harbour Hopper Tour of Halifax. On the Harbour Hopper we can easily to see how beautiful of Halifax downtown views. Furthermore ,we took harbour hopper to sea to see different perspectives of amazing Halifax. 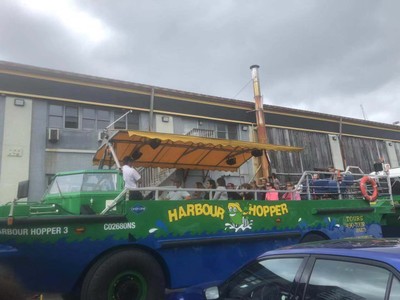 Foreign Correspondents were hungry after Harbour Hopper Tour, so we decided to go to a fancy restaurant called Salty’s. In Salty’s we ordered a lot of yummy food. For example, salmon; lobster chowder, shrimp... 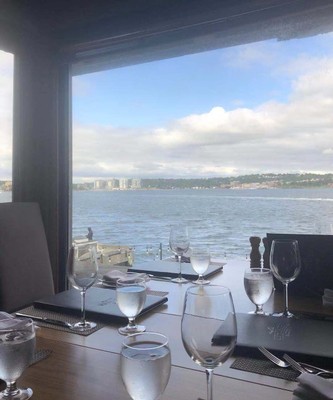 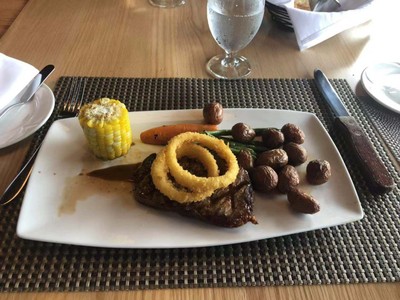 Additionally, we had dessert which was very famous in Canada called Beavertails. People who ate it will fall in love with it immediately.
All in all, it was an amazing day, seven of us enjoy the first day of the camp a lot, it was a fantastic trip of Halifax. 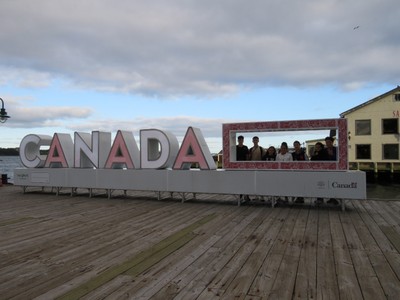 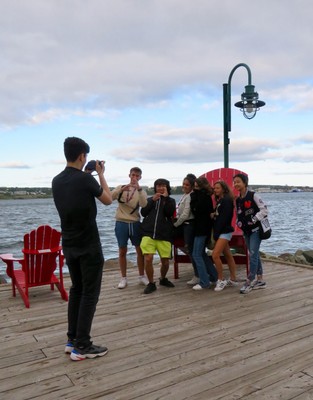 We are pleased to introduce our Nova Scotia International Student Program Foreign Correspondents for the 2019-20 school year.

Our Foreign Correspondents have been carefully selected by representatives from agencies in their home countries to share their NSISP adventure with the world!

Journey along with them:

Best wishes to all of our 2019-20 NSISP Foreign Correspondents

Now that spring is finally here there are diffferent things to do and the most fun thing I have been doing is camping with my host family.

We go camping every weekend. We leave right after school on Friday and do not go back home until Sunday night so we have a lot of time at the camping. I have never been camping before so that it was very fun. My host parent have a trailer where we go to on a campground in the valley which is beautiful. We are really close to the look off, where you have a beautiful view of the land.

We do a lot of fun things. Last week we went to a drive in theater to watch movies. I had never done anything like that before. And beside the movies being really good the mood is very different than at a regular movie. I really enjoyed it.

We also make hotdogs and s'mores almost every night over the fire. I even helped chopping wood for the fire. I had also never chopped wood before, because at home we don't make fires. It thought it was really fun to do, but the next more my arms were really sore. I also have a lot of fun playing with my little host sister. She is 11 and at home we usually don't go outside a lot. At the campground we play outside a lot together and we play soccer and football and I am even teaching her a little bit of rugby.

Now that the end of the school year is nearing the end of my time in Canada is also coming closer and closer. But there are still a lot of fun things. Like next week, when I had prom. I was on a Friday and we didn't have to go to school that day, so we had all the time we needed to get ready. I went over to one of my friends to get ready with a group of girls. We did our make-up, hair and nails together. After we were ready to go we went to downtown Halifax to take pictures with our group and our dates.

After we had taken the pictures we went to the hotel were out prom was at. There we took more pictures with more people. After that the dinner started. The food was very good and me and my friends were sat together at a table. After everyone was finished eating, the dance started. I had so much fun. I danced with my friends, with classmates and even with some teachers.

Prom and camping are two very different experiences but for sure two I will never forget. -JP

Last February I tried out for the girls Rugby team in my school and I got in! I couldn't help but notice that there are a lot of differences between playing sport in Canada and playing sports back home in the Netherlands. 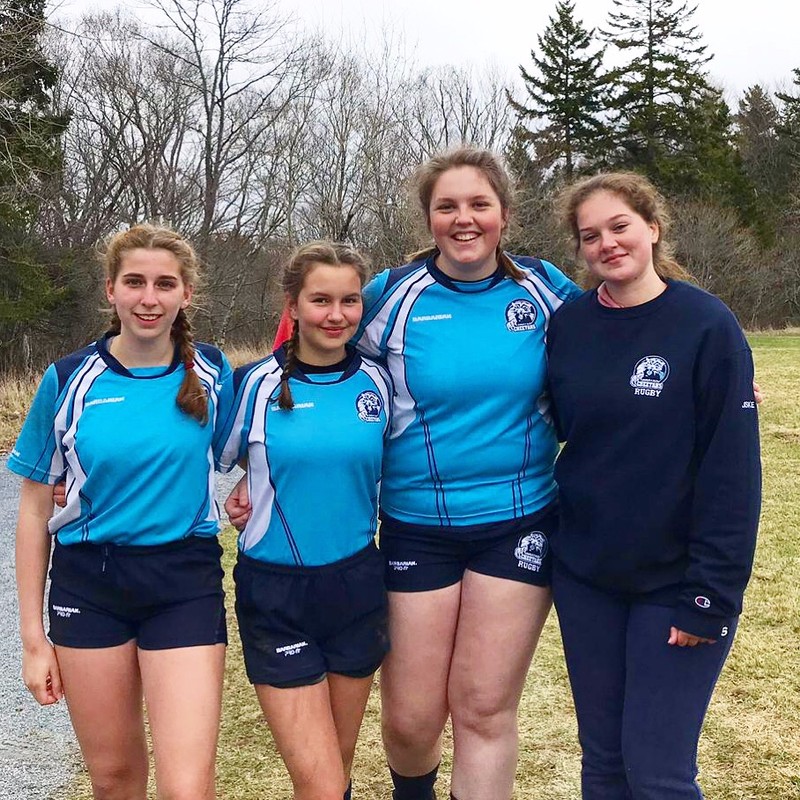 I love how much sport there is in Canadian schools. My school has volleyball, soccer, basketball, lacrosse, football, hockey and even more. But my favorite by far is rugby. I think it is really nice that everyone is so involved in what the sports team at their school do. The school is also really supportive. If I need to leave early to make it to a game the school allows that, as long as we keep our grades up.

We have had two tournaments so far and I've had a lot of fun so far. Rugby is a tough game and you will end up with some bruises but its totally worth it. The team is also really nice because everyone is really devoted to the team and really supportive towards each other. Our coached are also amazing because they find the perfect balance between having fun and being serious.

In the Netherlands sports are done very differently. First of all there are no sports in school, there are no schoolteams. It is just not a thing. All sport are done through clubs. The difference between a schoolteam and a clubteam is so different and it is amazing to experience that difference.

In the Netherlands a played a sport called Korfbal, which is barely played in Canada, or in North-America in general. It is a game that is kind of like basketball and it is mainly played in Europe and Asia. It is also one of the only sport that is played in teams with both men and women in one team on all levels. I have played it since I was 4 and I had never done a different sport than korfbal. Suddenly playing rugby was very different and I took some time adjusting to being on a all-girls schoolteam. But everyone has been so nice that it has not been hard at all to adjust. 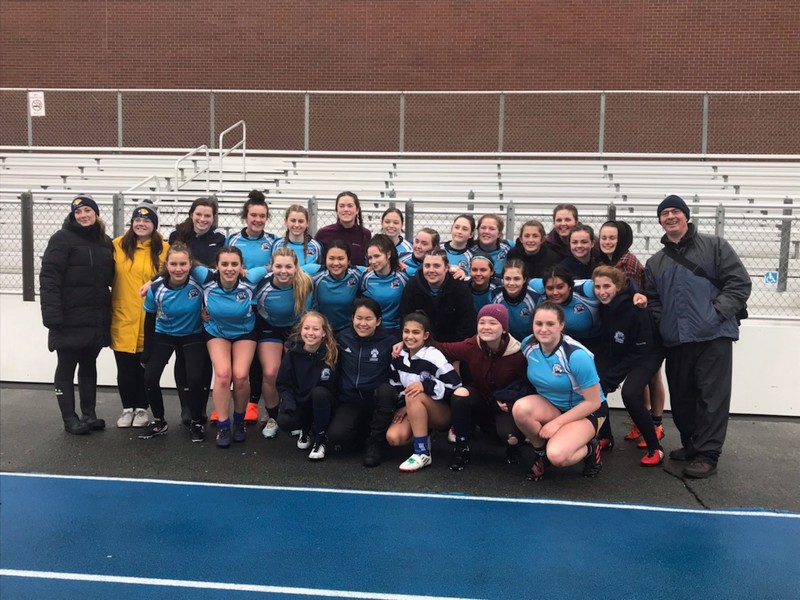 I am so happy that I joined the team because it feel like it really adds something really special to my experience in Canada and I am so proud of my team. GO CHEETAHS.